My little sister had a weekend dance competition two weeks ago. She did a good job even though she was sick. She actually made me sick too. My dad surprised me with a hobby box of 2006 Fleer Tradition for me to open a few packs at a time between dance routines. I’ve been asking him about the box for awhile because a store had them on sale. I was pretty sad when I found out the last box was gone but my dad was the one who got the last box!

I liked this box because there are at least three different Adam Wainwright rookie cards in the box. My box only had one Wainwright base card but there were others in the box that I liked. I did get a complete set in my box but I don’t know if I’m going to keep it. 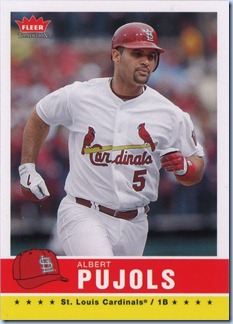 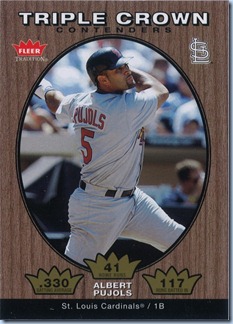 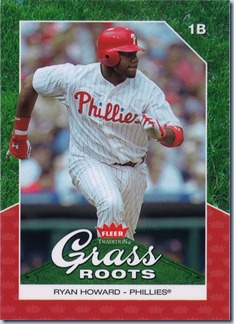 These are an insert of Prince Fielder, a Goudey mini insert of Jason Giambi, and a Michael Young jersey card. 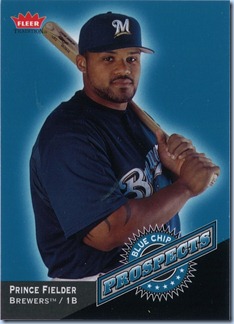 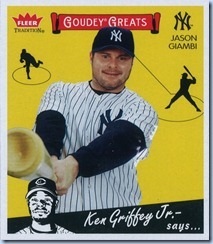 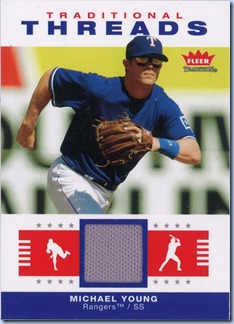 Dad: $28 for the hobby box (36 packs, 10 cards per pack). Definitely worth the price of admission as a little diversion during the dance competition. I forgot to scan a throwback card though… just imagine the Pujols base card with a black and white picture on Heritage-type cardboard.
Posted by IkesCards at 3:59 AM