The Birthday Blaster was awesome!!! There were 10 hobby packs and one bonus pack. Here are the cool cards: 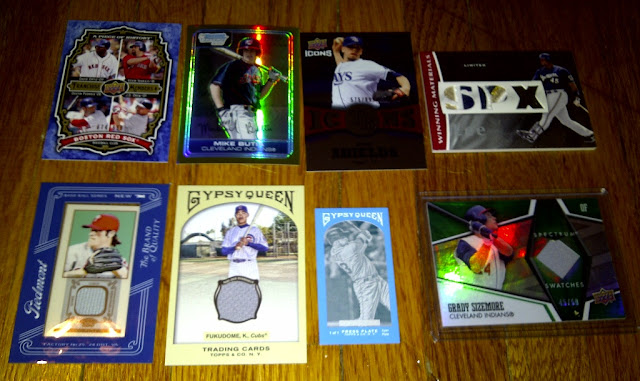 Dad: That Gypsy Queen pack had 8 base, 1 insert, 1 SP (I think), and both hits. I'm convinced they stuck the Ross in that pack to make up for the horrible Cubs relic!!!
Posted by IkesCards at 8:06 AM

Great packs! Oddly enough, the cyan mini plate I pulled from Gypsy Queen was also in the same pack as a Fukudome relic....