I decided to treat Isaac to a slot on Jawdy’s January 2008 Upper Deck Heroes case break to see if we couldn’t get lucky and get the Cardinals randomly. At the very least, I hoped he’d get a decent team for cards to trade for Cardinals. We didn’t get the Cards but I thought we’d did pretty well pulling the Mets. I was  wrong.  We got five numbered parallels and two shared hits. The good news is that we shared one hit, a Carlton / Santana parallel, with Dave at Fielder’s Choice and the other, a Jeter / Reyes dual relic, with Ernest at Blue Heaven. I gotta say that he REALLY cleaned up having both the Yankees and Red Sox in the break.

Dave was nice enough to let us have the Carlton as part of an ongoing trade while Ernest let Isaac keep the Jeter in exchange for some modern Dodger cards. In addition, we worked out a mass Dodgers – Cardinals trade that Isaac was thrilled with, more on that later.

Thanks again to Jawdy, Dave & Ernest for making this break and resulting trades so enjoyable for the little guy. 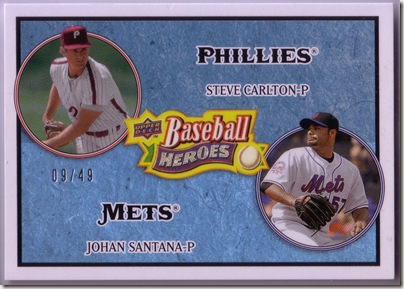 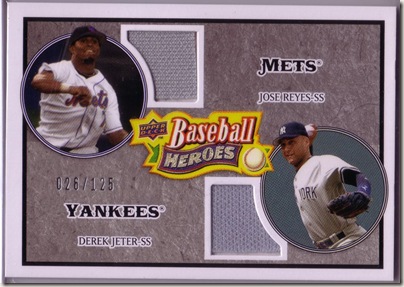 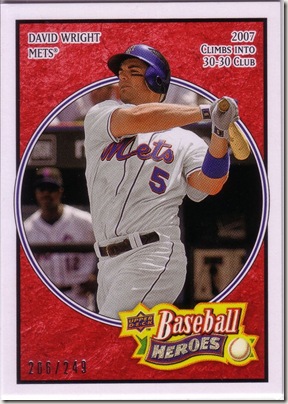 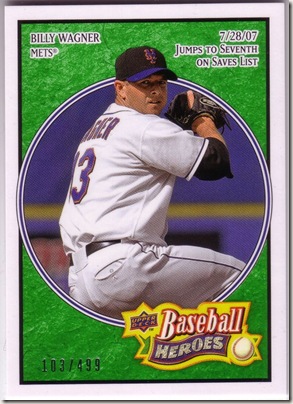 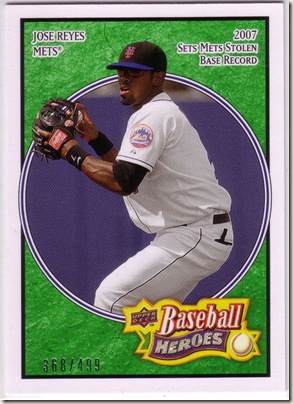 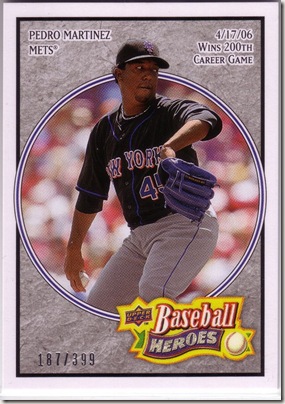 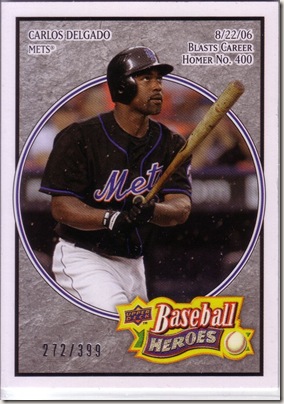 Posted by IkesCards at 8:23 PM