Local Target had at least a dozen of these so I picked one up to see what the fuss is about. The most obvious difference, without ever opening a pack, is the pack thickness. These are noticeably thicker than their Wal-Mart counterparts. I’d even put these 8 card packs head to head with the 10 card hobby packs and even the 12 card retail packs in terms of thickness.

Lucky enough to pull a few Cardinals. Loshe & Wellemeyer will need to  give us enough depth in the rotation and to just eat up innings…. especially if Carp goes down again. Motte is a fireballer supreme who has been lights out this spring; enough to pass Chris Perez as our closer in waiting and send him back to Memphis.

Here’s the back of the Pujols card in all its throwback cardboard glory. 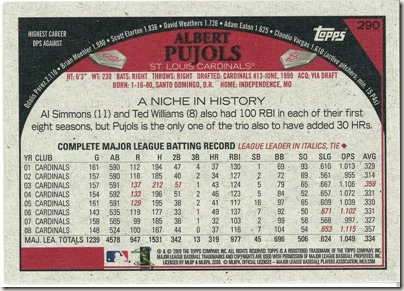 Instead of the links back to Mantle, we get the six pitchers Albert has feasted on the most. Apologies to NightOwl, but as soon as I saw that in the corner, I knew Perez’s days with the Dodgers had to put him on the list and sure enough he’s number one. From the looks of it, he looks to be feeling OK: 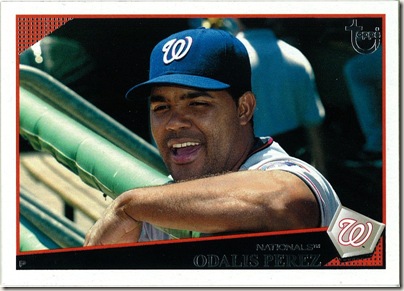 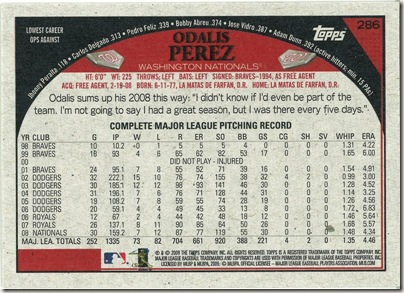 And finally, a few inserts… The Turkey Reds and Williams patch are all available as trade bait, as are all the non-Cardinal throwback base cards. 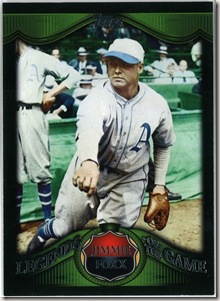 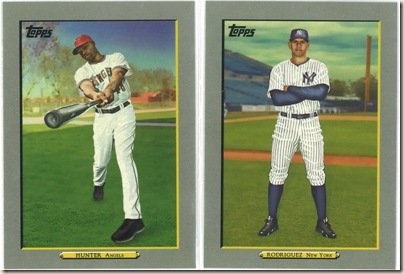 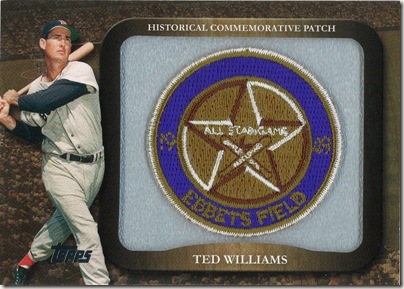 Looks like you did pretty well with the Cardinals cards. I only got Mather in my throwback box if I recall. I wouldn't mind trading for the Turkey Reds if you're interested.