I think 1975 Topps may have been the first packs I opened as a kid. Tough to remember these days as my collection was lost in a house fire when I was in junior high school. I picked these up at the last card show. I like the design but the little curly-cue print defects bother me.

1964 MVP’s – Boyer was great player lost in the shuffle of stars on those 1960’s Cardinal squads. He and Ron Santo suffer in comparison to the other third baseman on the card. I understand the pleas by Cubbie fans for Santo to make it to Cooperstown; I just hope Boyer isn’t lost in the shuffle (again) simply because he passed away at an early age and didn’t have Santo’s 30+ years to contribute to the game after retirement. 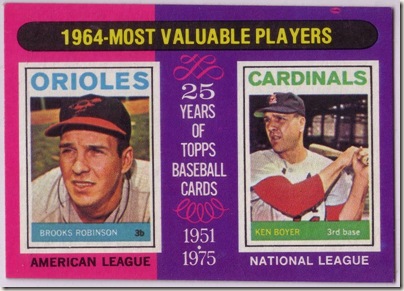 1967 MVP’s – I bought this card thinking we might get it autographed in person but Isaac was sick for that show. 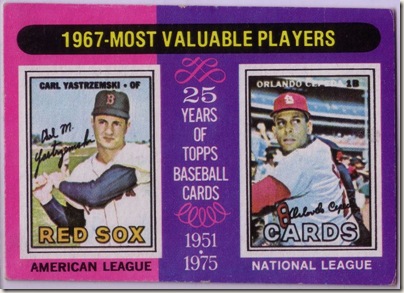 1968 MVP’s – The year of the pitcher: Wins vs ERA with McClain’s Tigers beating the Cardinals in the World Series. Funny how history remembers Gibby’s ERA that year as the reason for lowering the mound while McLain’s 30 wins (!) have all but gone by the wayside. 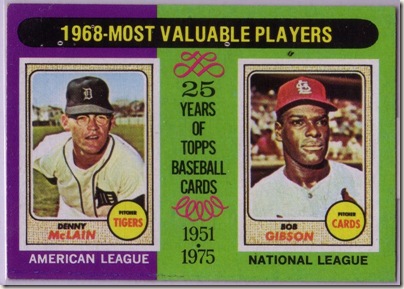 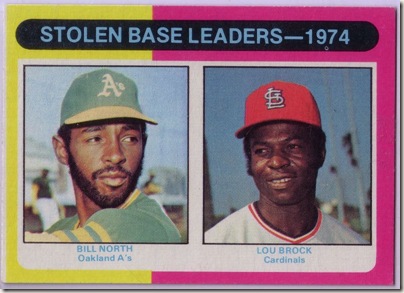 Posted by IkesCards at 6:54 PM